Richard Phoenix is the brother of the actress Pat Phoenix. He was the landlord of The Ash Tree public house at Butley when his sighting happened. It was 1981 on that bright September morning at 8am when Richard decided to take his dog for a walk in the fields behind his home.

As we look from the main road, he was in the field to the left of Prestbury Lane. He was well down the field with his dog when he looked up to see a dull silver UFO coming over the houses at the bottom end of Meadow Drive. It looked for all the world as though it was going to land in the field with him. At no more than 40 feet up in the air it was totally silent and about the size of a large house. It looked something like a squashed drum shape and it had large panels all around the sides rather like the dimples on an old style pint pot. Each single panel extended from the top to the bottom of the craft and there were 4 or 5 panels visible from a side on view. Around the bottom edge of the craft was a dark ring with a black rod extending away from it. On the end of the rod was a black box, and as it moved around the base of the craft Richard got the impression that he was being scanned. 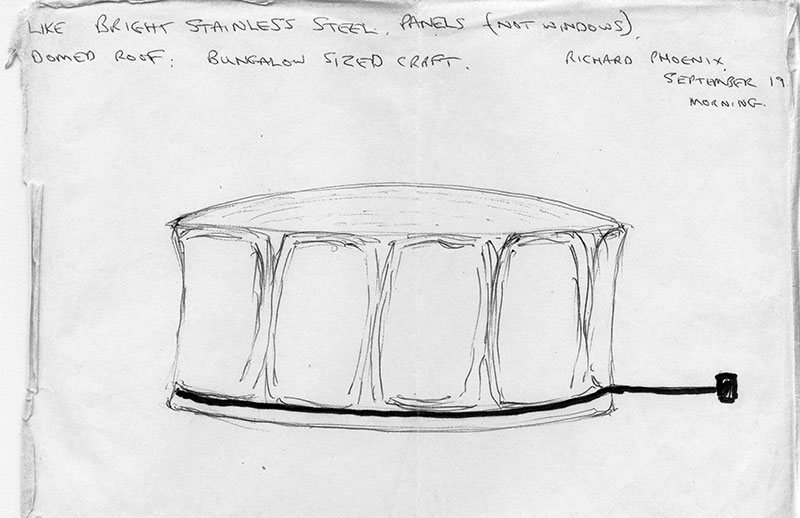 He felt extremely isolated in the field and became very frightened, so he ran up the field towards the main Macclesfield to Stockport road. Once there, he felt very happy to find a man who was cycling to work that morning and who also had seen the UFO. The two of them watched as it flew more or less overhead towards Bollington where they watched it hover for a short while before it flew back over them and shot off over Prestbury at speed. 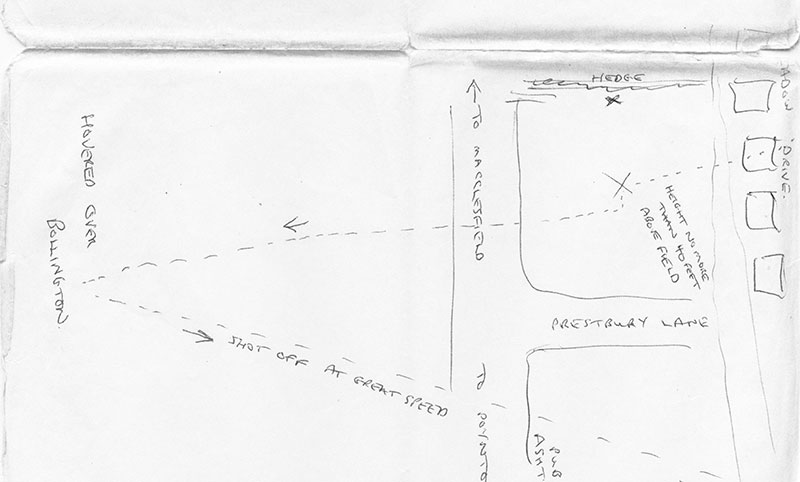